Glass to metal seals and other thermal processes

I CAN HELP YOU FIND SOLUTIONS TO THERMAL PROCESS ISSUES ! 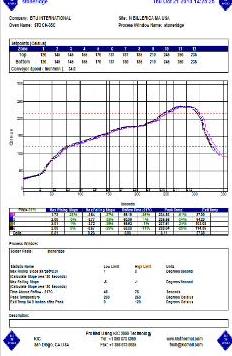 Surface mount reflow and void mitigation
Fred is the author of numerous papers that have been distributed world-wide on lead-free processing, vacuum reflow, and surface mount cost reduction. Many have been translated into German, Chinese, and Spanish. He is a highly rated SMTA instructor and considered by many to be the world expert at surface mount profiling and reflow oven recipe attainment. He has also conducted numerous vacuum reflow workshops at ACI Technology in Philadelphia, is recognized as a Distinguished Speaker at SMTA Guadalajara and a principal speaker in the SMTA Jump Start program where he covers the fundamentals of solder reflow.

Glass-to-metal seals
Fred is the former Senior Market Specialist for glass frits at Corning Incorporated where he assisted customers worldwide with process assistance for CRT, glass-to-metal sealing, and electronic assembly. Due to his vast knowledge of glass and glass processes he has continued to be in demand to assist in glass-to-metal seal processing.

High temperature firing
While at Sylvania, Fred was involved with isostatic pressure and the firing of translucent polycrystalline alumina that required temperatures approaching 1900 C in hydrogen. He jokes that low temperature firing during those days was 1500 C in air. He successfully specified and installed multiple large furnaces (including the design of molybdenum alloy kiln furniture) with a project cost of $5.4M.